We will go over some of the best Python frameworks for 2022 that web developers and programmers should use to improve site speed and time-to-market.

This post will discover the top 9 Python Frameworks for Web Development. 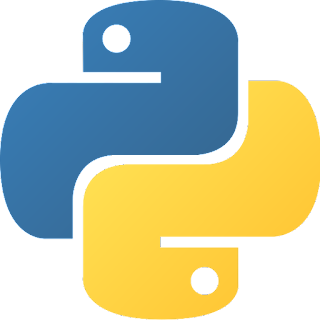 Python has grown much more throughout the last five years, by 19.0%, as per the Popularity of Programming Language Index.

Python offers a wide range of frameworks to developers. It has played a significant role in web development for over two decades, from remarkable web frameworks to micro-frameworks.

According to a survey, python usage has increased from 33.99% in the 2020 poll. While this growth is impressive, it is not surprising. We will review some of the best Python Frameworks for Web Development for 2022 that web developers and programmers should use to improve site speed and time-to-market.

Python is a compellingly constructed, understood, and engaging object-oriented programming language. Its simple-to-learn and simple-to-read design significantly reduce development time. Python developers could use the framework's ready-made components rather than trying to write similar code for each project. Python Frameworks mainly saves time and money but shortens the time to market.

Python supports modules and packages, promoting methods and practices and code reusability. The Python interpreter and vast standard library are free to use and disperse in source or binary form for all major platforms. Any Python developer, new or experienced, will agree on its dependability and efficiency. Python frameworks for web development can be used and deployed by developers.

Are you looking forward to making a move to the Programming field? Take the Python Online Training and begin your career as a professional Python programmer.

Listed below are some of the top Python Frameworks for Web Development:

It's impossible to discuss web development frameworks without mentioning Django. Django, first released in 2005, is one of Python's oldest and largest frameworks. It was created and is maintained by a well-known web hosting company. Django, an open and free Python framework, allows developers to quickly build complex code and apps. The Django framework aids in the development of high-quality web applications. It is one of the most acceptable Python frameworks for rapidly developing APIs and web applications.

It was initially envisioned as an engine to assist developers in creating content-based websites. Since its official launch, developers have used this to power many applications and services. Such a high-level framework simplifies web application development by providing various powerful features. It has a massive library collection and emphasizes efficiency, less coding, and component reusability. 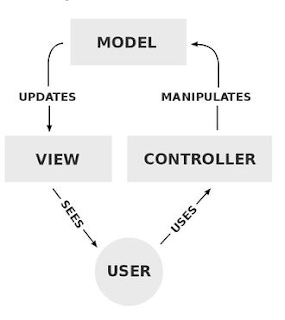 Pyramid is a well-established and feature-rich Python web framework. Furthermore, it has a wide range of applications, including websites, web APIs, and anywhere a popular programming language like Python would be helpful. Pyramid frameworks are adaptable and can be used for simple and complex projects. Because of its clarity and measured quality, it's also the most appreciated web framework among many experienced Python developers.

One of Python's most valuable assets as a developer language is its community support, evident here along with consumer engagement via mailing lists, IRC channels, Stack Overflow, and other channels. Such a framework is adaptable and allows users to create simple web apps using a subtle approach.

CherryPy, now nearly ten years old, has proven incredibly fast and stable. It is a Python web development framework with a multi-hung server. It is compatible with any operating framework that supports Python. Furthermore, it is intended to be simple to learn and use, emphasizing simplicity and usability. CherryPy could be perfect if you're an intermediate developer looking to try something new.

Whereas advanced developers may discover insufficient features, it allows beginners to gain experience with Python before going deep into more complex frameworks.

A simple web framework enables you to use any technology for data access, templating, etc. Yes, it can handle everything a web framework can, such as sessions, file uploads, static, cookies, etc.

CherryPy's main attraction would be that it makes it possible to run its code without relying on other people or services.

Developers can select from a wide range of network and impartial libraries based on the task requirements. Grok's user interface (UI) is similar to that of other full-stack Python frameworks, including Pylons and TurboGears. It is just an open-source framework designed to accelerate application development. Grok seems to be a web framework built with the Zope toolkit technology. It provides developers with an agile development experience by focusing on two general principles: convention over configuration and DRY.

Flask has become one of Python's most powerful major web frameworks and one of the language's most rapidly growing tools. Flask is easy to learn, has an extensive library of add-ons, and is simple to deploy. If you want to build websites faster with Python, look into Flask. It lacks the structure of Django or Pyramid, yet it offers an excellent environment for developing functional applications.

Large corporations are using Flask. Flask is now a Python framework that is available under the BSD license.

Its prominence emanates from its simplification: it allows you to go and get up and running quickly. Flask will be here to stay, as evidenced by its extensive documentation and active community support.

TurboGears is a Python framework for building data-driven full-stack web applications. It is intended to address the shortcomings of various widely used web and mobile app development frameworks. TurboGears seems to be a framework that straddles the line between a full-fledged framework and an add-on library. Furthermore, its architectural style, which makes scalability and ease of maintenance possible, is one of its big selling points.

The framework adheres to an MVC (Model-View-Controller) design and incorporates robust formats, a fantastic Object Relational Mapper (ORM), and Ajax for the server and program.

A web server, SQL database, and an online interface simplify the Python app development process. Clients can use web browsers to construct, rewrite, implement, and manage web applications. Web2py includes a debugger, code editor, and deployment tool to help you build and debug code and also allows the user to monitor web applications.
Web2py's main component is a ticketing framework, which generates a ticket when an error occurs. The above encourages the individual to keep track of the error and its status.

You can use Bottle with no knowledge of web programming if you want to add a few high-speed prototyping capabilities or probably create a landing page quickly. The Bottle is a top Python web framework that falls into the category of small-scale frameworks, and it was initially designed for creating web APIs. The Bottle also attempts to start executing it all in a single site document, which only depends on the Python Standard Library.

Flask's features may be better suited to more complex web applications. On the other hand, Bottle is worth considering if code readability and simplicity are essential to you.

The Quixote framework is used to create Web-based applications in Python. Its goals are adaptability and improved performance, in that order. Traditional technology is used to create Quixote applications. There are three major versions of Don Quixote. Versions 1 and 2 look similar but are very different. Version 1 is no longer effectively maintained. Version 3 requires Python 3, as does Quixote 2. Versions 2 and 3 are effectively maintained and used by a variety of public sites.

Traditional technology is used to create Quixote applications. As a result, if a Python developer needs to pursue or gain knowledge of the real programming language,' Quixote is really for them.

Toptal has recently launched a Web Developer Checklist that provides a series of website launch steps that are critical for a successful project including best practices, security, tagging, analytics, and more. Here's the link for your reference: https://www.toptal.com/developers/webdevchecklist

Python's popularity has grown over time. Because it is a free and open-source language, anyone can modify and use it. Python is the preferred programming language for 67.8% of web developers. The appropriate web framework must be chosen based on the project's scope, communication requirements, level of customization required, and everything else. Each Python developer has a unique coding style and set of preferences, and they will assess each framework in light of the requirements of each task. Which will you employ in your next project? Alternatively, what are your favourite Python Frameworks for Web Development? Do let us know in the comment section.

Amruddin Shaik is a Digital Marketer and Content Contributor, Who is working with MindMajix, a top global online training provider. I’m a tech enthusiast and have a great understanding of today’s technology. Having an in-depth knowledge of IT and demanding technologies such as Python, SQL, Linux, Java, Power BI etc.

Please do not enter any spam link in the comment box.

Prime Number Program in C using for loop and while loop